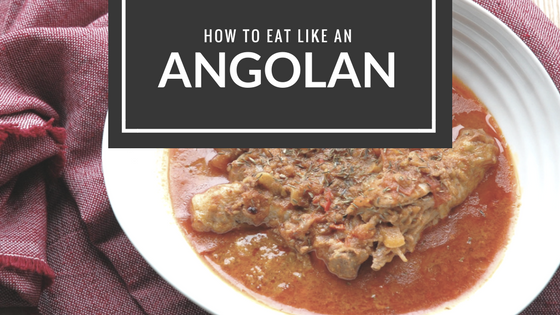 Angolan week has been such a fun one! I’ve really enjoyed this cuisine so far and hope to explore it more in-depth in the future.

As I mentioned in my previous posts, Angolan food is heavily influenced by the Portuguese due to once being a colony of theirs. You’ll find plenty of chicken, rice, beans, fish and pork as staples in an Angolan diet. Personally, I really love the flavours I’ve found so far from dishes I’ve re-created; so many peanuts! I’m a massive peanut fan, so it suits me perfectly!

Where is Angola exactly?

The national dish of Angola is considered to be either chicken muamba, a dish made with red palm oil, spices, tomatoes, sometimes peanut butter; served with rice, or funge which is what I gather, a mash made from the root cassava (actually made with cassava flour + water), which is eaten with fish, chicken or pork stews and is very common in most households.

Angolan cuisine has influences from – 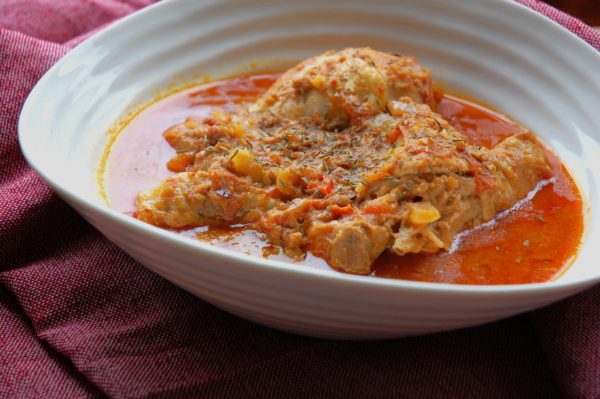 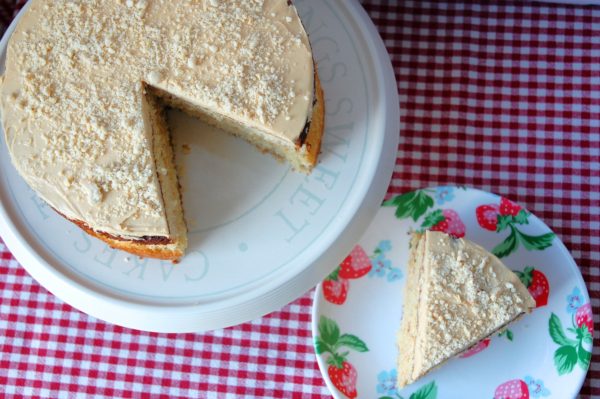 Bolo de Ginguba, a popular peanut sponge cake in Angola. I added caramel buttercream to mine!

Wake Up and Eat Global

Next week I’ll be posting recipes from Anguillan cuisine and how to eat like an Anguillan! Subscribe so you don’t miss out.