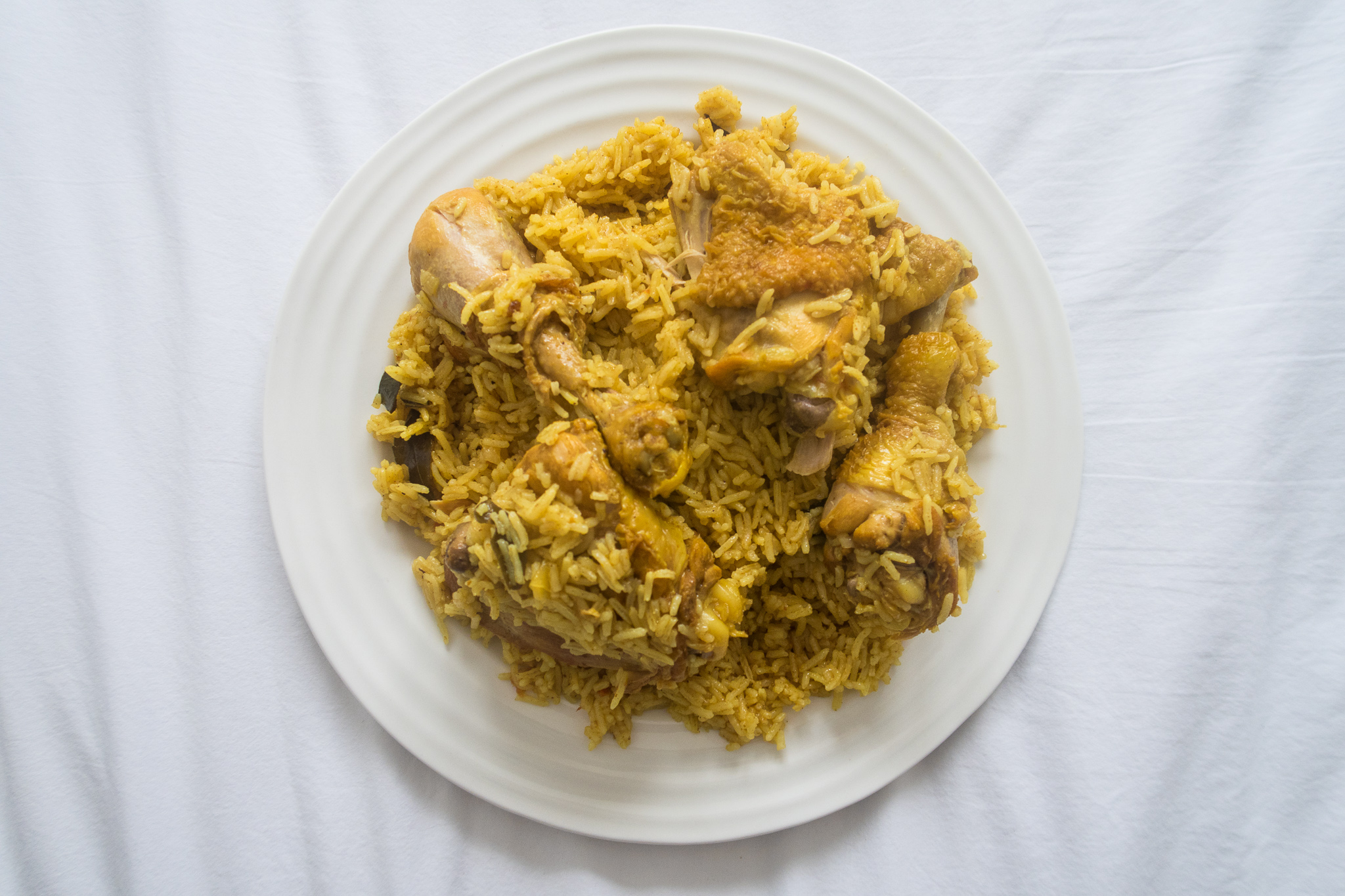 A dish that has been cooked by women for centuries in the Middle East. Chicken Machboos may look ‘difficult’ but it really is the perfect mid-week meal for large families. Full of flavour, lightly spiced and chicken that falls off the bone. What more could you want?

Bahrain week has to be one of my favourites, having visited the country about four times. My husband’s family lived there for quite a number of years, and so during the uni summer holidays, we’d go over and visit. This was probably not the best time to go though, given that it’s the hottest time of the year June-August! We did visit once at New Year, which was less heat-intense, making it a lot easier to go around and do things!

Chicken Machboos is claimed to be the Bahrain national dish, although saying that, a lot of other Middle Eastern countries claim it’s theirs too. I’ll never know for sure but what I do know is, that this is one tasty dish! It’s cooked in one pot, meaning less washing up, and is often eaten the traditional way: with your hands. Of course the Arabs are pros with this. I’ve tried and it’s harder that it looks! Picking up tiny rice grains with your fingers is an art in its self! Us Westerners are just not used to it. Will you be eating it with your hands?

Each food post will eventually be accompanied with a travel post, once I manage to visit the country! Do let me know if you’re a traveller and want to be involved! If the country of choice is best not travelled to then i’ll accompany it with something a bit different.

I have been lucky enough to have been invited into three Arabic homes and all of them cooked this dish. All of them were so delicious, however all varied ever so slightly. I guess it’s the same as an English person making a cottage pie. They would all appear the same but elements of it would be different. Perhaps some would add a spice to the mince and others would top it with sliced tomatoes. It doesn’t matter. That’s what I love about cooking; you can take a traditional dish and put your own twist on it but at the end of the day, the base still remains the same.

Here’s Fabio and I on the King Fahd causeway in Bahrain. You can almost see Saudi Arabia in the distance.

If you’d like to read more about Bahrain, check out the Telegraph’s article as well as this one from Time Out Bahrain.

Now for the Chicken Machboos recipe!

A great introduction into Middle Eastern cookery, and a great dish for large families to cook in one pot.

If you’re feeling inspired by this dish from Bahrain, try my Bahrain Fish Ragout – the perfect light mid-week meal.