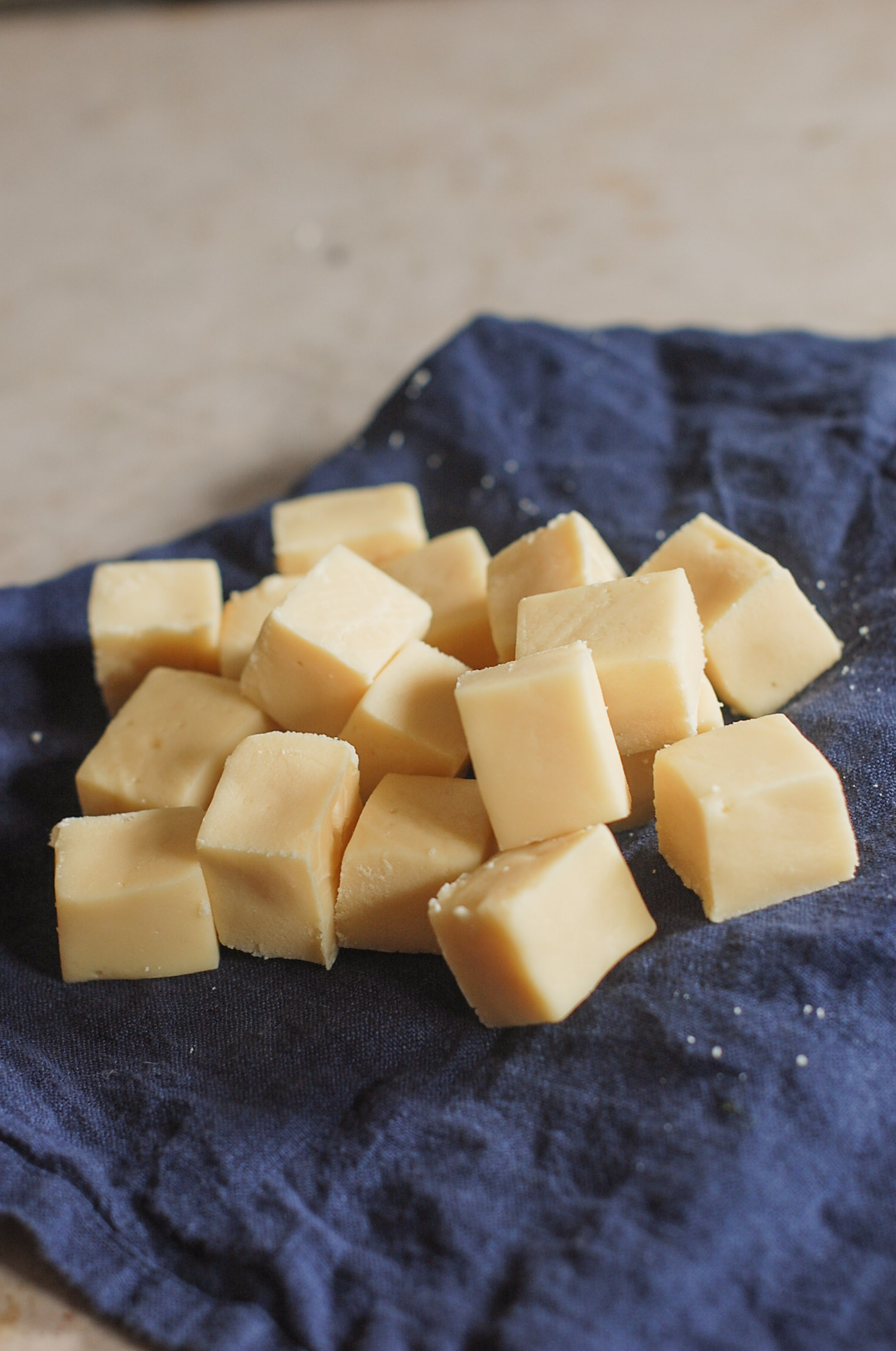 This vanilla fudge recipe will leave you with a really soft fudge with yummy hints of vanilla. Known as Russian fudge in New Zealand.

Making fudge is always a fun activity. From the boiling of the sugar to beating until its thick – I love it! Of course, using a sugar thermometer always makes it a lot more predictable and consistent in the results. I can guarantee you that this recipe will do just that (it was tested 3 times after all!)

In New Zealand, vanilla fudge is also known as Russian fudge. It sounds a lot fancier doesn’t it? Although did you know that the recipe actually comes from Scotland! The Kiwis named it Russian fudge (for reasons unknown).

Fudge is a lovely treat to make as gifts for friends on birthdays or Christmas – my Caribbean Rum Fudge is also really tasty! Fudge keeps really well if stored properly in a sealed container in a cool, dry place.

An alternative homemade gift idea would be chocolate dipped honeycomb – so simple to make and also keeps for a long while!

Why should I make Russian Fudge?

Step 2 – Make the fudge: Pour the sugar and milk into the pan. Heat until the sugar has dissolved. Add the condensed milk, butter, golden syrup and vanilla. On a low heat, stir until butter has melted and all combined.

Step 3 – Turn up the heat to medium and boil the mixture until it reaches 116°c (soft ball).

Step 4 – Cool down: Remove from the heat and cool slightly (about 15 mins). Using a wooden spoon, beat the mixture until it thickens and appears dull in colour. This takes about 5-10 mins.

Step 5 – Cut the fudge: Pour into your tin and cool until it sets. Once it has set, carefully remove and cut into squares.

Why is my fudge not setting?

You shouldn’t have any problems setting this easy fudge recipe as it contains condensed milk. However, if you do, or you’re making a more traditional recipe like my Caribbean Rum Fudge, you might need these tips.

The most common reason for fudge not setting is not bringing it up to the correct temperature. You may go to the fridge to find that your fudge is still really gloopy! This means that you didn’t get your fudge up to 116°c. Anything below and you’re risking it! This is why a sugar thermometer is crucial!

How long should I beat my fudge?

When you first begin beating your fudge, it’ll be glossy and still quite runny. You want to beat your fudge until it appears dull in colour and it starts to thicken. This should take around 5-10 minutes. To achieve the best results (no graininess) cool your fudge slightly before beating. 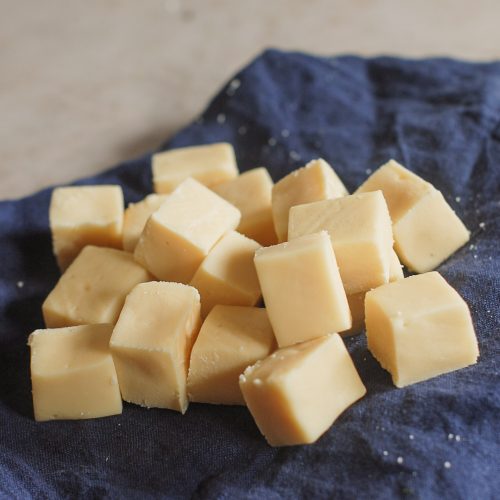