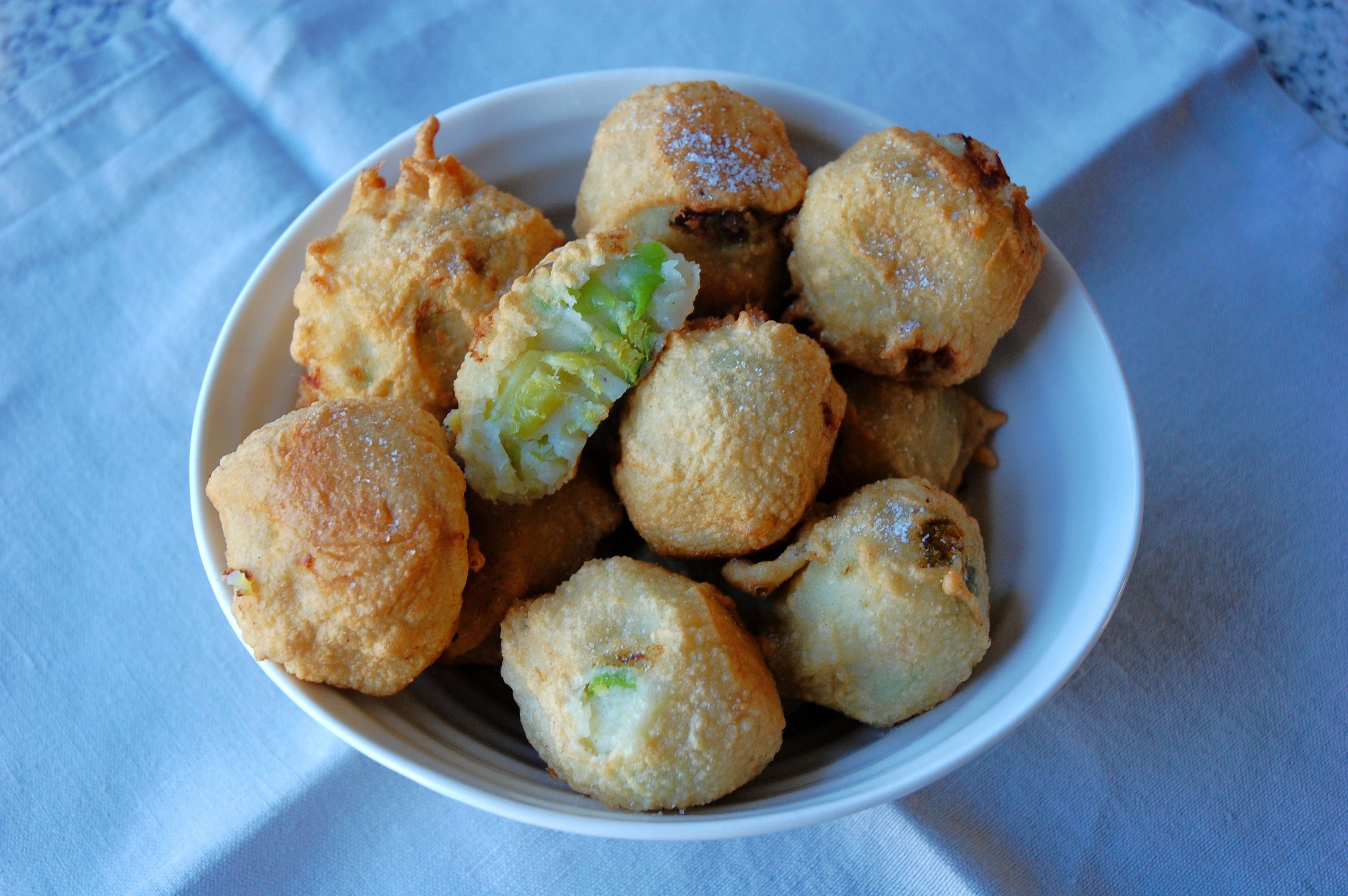 Inspired by the alpine cuisine of Andorra, these bubble and squeak balls, battered and deep-fried, make for an unusual side dish to accompany sausages or eaten on their own as a weekend treat! Great for using up leftover vegetables from a Sunday roast too.

I had to double-check before researching this recipe, so don’t worry if you’re unsure! Andorra is in the Pyrenees mountains between France and Spain, of which they share a lot of both cultures. It’s considered a micro-state, a bit like Monaco and some don’t even consider it a country. I discovered this when researching lists of countries of the world; some chose to ignore the smaller micro-states but I chose to go with the lists that include them because 1. I want to learn about everywhere. 2. I like to make things harder for myself!

You’ll expect only one recipe from me this week as I have one special post going up straight after this one, as well as the usual ‘how to eat like a’ towards the end of the week, so look out for those too!

I wanted to give the Andorran recipe I’m basing this on, a bit of twist. The original recipe is called Trinxat (anyone know how to pronounce that??) and is essentially fried bubble and squeak in the shape of a pancake with the addition of pork sausage or bacon. The twist is the fact that I decided to shape mine into balls and batter them. I also opted for Brussel sprouts instead of cabbage, however not out of choice I might add! This was down to the Beast from the East and the lack of cabbage in our local supermarket! Although Brussel sprouts are like mini cabbages, right??

You can see why this recipe comes from the Pyrenees alps; the carbs from the potatoes and fat from the frying gives off a lot of energy, which I’m guessing would have been useful if you were living in Andorra, working out in the cold. You needed food that would satisfy, comfort and fill you up!

*these are affiliate links meaning I’ll receive a small profit if you buy from them.

Based on Andorran cuisine, these bubble & squeak balls are not only comforting but filling too. Great served with a plate of sausages.

Breakfast: nothing beats a homemade croissant just like they eat in Andorra!

Dessert: how about these crispy & creamy Easter Spanish toasts?

Let’s catch up over on my social media accounts (in the top, left of this post). Go over and follow me and we can chat about cake. Why not subscribe to this blog to never miss a post? It would make me a very happy bunny