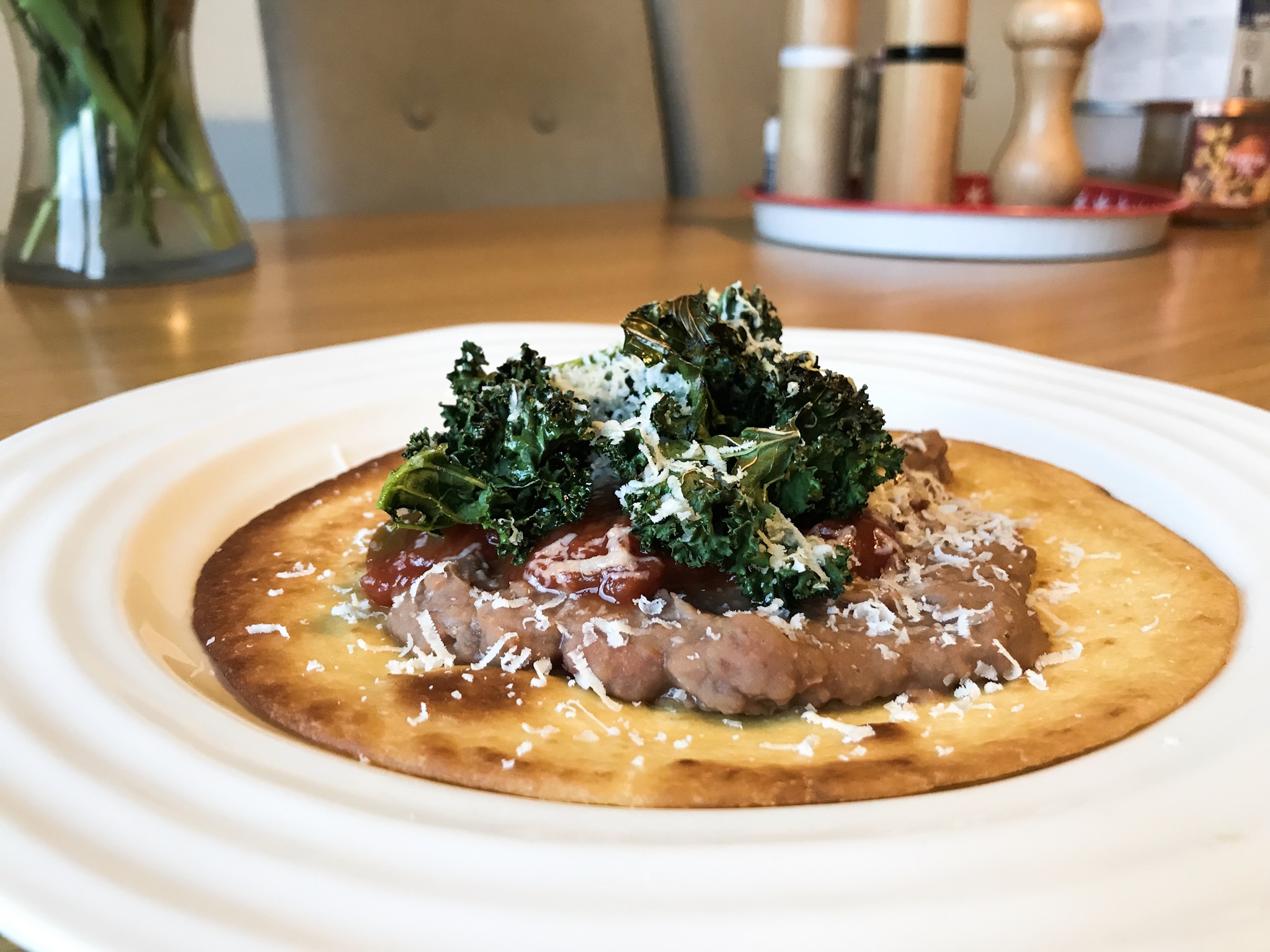 Inspired-by the traditional Belizean recipe: A crisp, fried tortilla topped with creamy refried beans, crispy kale, tangy hot salsa and salty parmesan cheese. Perfect served as a quick snack, a lunch or as a starter. Double up and make it a dinner too!

This super-quick snack, inspired by the traditional street food found in Belize, would make a great alternative to soggy sandwiches and a packet of crisps! They take no time at all to make either.

There’s a bit of a twist to this recipe as the traditional Belizean garnaches would never contain kale. It’s probably considered a sin! However this recipe is ‘inspired by’ and would never want to claim it is as good as the original.

Why you should make garnaches?

A baking tray
A Saucepan
A shallow frying pan
A grill

The following ingredients I found ready-made at Tesco: tinned refried beans, £1.15 for 400g; Tesco hot salsa, 0.80p for 300g and Tesco corn tortillas, 8 for £1.00 – we don’t advocate waste however, so as this recipe only calls for 2 tortillas, why not make the following: For homemade tortilla chips, cut the leftover tortillas into triangles, sprinkle with olive oil and salt and bake in the oven for 5 mins until crispy.

A crisp tortilla topped with refried beans, crispy kale, spicy salsa and tangy parmesan - perfect for a snack, lunch or as a starter.

If you’re after more savoury snacks, try my Belarusian Potato Pancakes or for another potato-based snack, these Battered Bubble and Squeak Balls.